How to Save Cotton Crop From Pink Bollworm Agricultural Information

Cotton is major fiber crop around world. India is on top with production point of view. In Pakistan from last 2,3 years cotton is badly damaged due to Pink bollworm. First i will give you some information about how to identify this in your crop, what are the main symptoms and in which period its come.

History Pink bollworm (PBW): It was first detected in 1843 in India. PBW is native to Asia, but has become an invasive species in most of the world’s cotton-growing regions. It reached the cotton belt of South America by the 1920s. It is a major pest in the cotton fields of the Southern California desert.

How To Identify: When you are visiting cotton field(Pest Scouting) then you should have main focusing on cooton flowers. Because the main sign of its attack is on flower, flower shape will be changed. PBW close the flower and flower shaped turns to CYLINDRICAL Shape. 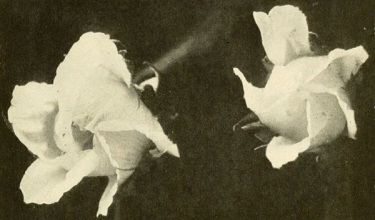 There are many methods to control Pink bollworm.

Now in markets there are availability of pink resistant varieties, so grow such seeds and save your crop from PBW.

In Biological way PBW can be controlled with other insects which kill PBW.

Parasites and predators are commonly used to control pink worms

Parasites:
Hymenoptera has 160 species and 43 species. The genus includes Apanteles, Chelonus, Bracon, Brachymeria and Elasntus. Among parasites are many species of potentially beneficial pink tapeworms. Some are damaged by larvae, eggs are parasitic and others have both eggs and larvae damaged, but the most useful parasites are egg-larval parasites, Chelonus spp.

Apanteles sp. (Braconidae):
These are larval parasites. Apanteles larvae feed and grow on their particular host and eventually kill them. When they mature, the larvae of Apanteles leave their host and turn the cocoons, each under the cover of the leaf in which the host is present.

Brachymeria sp. (Chalcididae):
Brachymeria belongs to the family Chalcididae and a genus of parasites. There are more than 300 species in the word and all are larval parasites. It is black with narrow yellow markings and calcium wasps and hind legs are large in size. Using the ovary, the female begins to lay eggs inside the lepidopteran larvae. They are mostly parasites but the few are overactive and they damage the other larvae (like Polistes erythrocephalus).

Predators feed on pink bollworm eggs and also larvae of first-degree pink bollworms. There are many groups of arthropods that naturally attack the pink bolorm which contains Coleoptera, Mites, Dermaptera, predaceous,Hemiptera and Neuroptera.

The ovary is most susceptible to attack by predators because it is relatively exposed to larvae and pupae. Many predators have little deformity of the mouth and legs, it is necessary to go to the ball to feed the larvae of the pink caterpillar. In Dermapteran Labidura riparia these attacks on all immature stages of the pink bollworm including the pupa.

However, the predator is not a dominant factor in the predator complex. Hemiptera is abundant in cotton soils and at least five species in five Hemiptera genera have been recovered from pink bollworms. Hemiptera appear to express the widest range of attacks, feeding on eggs, larvae, coca larvae and probably pupae.

Coleoptera is well represented by four species in four genera that attack the pink bolorm. Most beetles focus on eggs and early larvae as prey. Chrysoperla carnea (Stephens) is the only neuron that has been reported to attack a pink bollworm.

Labidura riparia:
Predators as a diet consist exclusively of insects, or depleted meat. They have a choice of Lepidoptera larvae and insect eggs, but will eat all existing insects. Due to their flexible eating habits, they easily adapt to any habit as long as there are insects around. In the absence of prepared food, it has been known that they eat nymphs and eggs of their species.

As natural insects, earwigs hunt only after sunset, but feed primarily right after sunset. Women’s eating habits are more dependent on the ovulation period and will take a long time without eating to prepare for ovulation.

In mechanical control traps and PB Ropes are used to control PBW.

Many products are used to control Pink bollworm. but some are special for it.

All above mentioned formulations are used to control Pink Bollworm.