Sad Writing A Patient From Italy About Corona

Sad Writing A Patient From Italy About Corona

The Breaking and heart touching words written by Cristina Higgins (unverified) about Noval Corona Virus from Italy. His words taken from facebook sources. His views created to much attention for world.

He Told in his story that how this virus Started?

He explained that when was this virus actually affected people?

How is the basic Origin of this Virus?

These are some basic points highlighted in his shared story.

“I am writing to you from Bergamo, Italy, at the heart of the coronavirus crisis. The news media in the US has not captured the severity of what is happening here. I am writing this post because each of you, today, not the government, not the school district, not the mayor, each individual citizen has the chance, today to take actions that will deter the Italian situation from becoming your own country’s reality. The only way to stop this virus is to limit contagion. And the only way to limit contagion is for millions of people to change their behavior today. If you are in Europe or the US you are weeks away from where we are today in Italy. I can hear you now. “It’s just a flu. It only affects old people with preconditions” There are 2 reasons why Coronavirus has brought Italy to it’s knees. First it is a flu is devastating when people get really sick they need weeks of ICU — and, second, because of how fast and effectively it spreads. There is 2 week incubation period and many who have it never show symptoms. When Prime Minister Conte announced last night that the entire country, 60 million people, would go on lock down, the line that struck me most was “there is no more time.” Because to be clear, this national lock down, is a hail mary. What he means is that if the numbers of contagion do not start to go down, the system, Italy, will collapse. Why? Today the ICUs in Lombardy are at capacity — more than capacity. They have begun to put ICU units in the hallways. If the numbers do not go down, the growth rate of contagion tells us that there will be thousands of people who in a matter of a week? two weeks? who will need care. What will happen when there are 100, or a 1000 people who need the hospital and only a few ICU places left? On Monday a doctor wrote in the paper that they have begun to have to decide who lives and who dies when the patients show up in the emergency room, like what is done in war. This will only get worse. There are a finite number of drs, nurses, medical staff and they are getting the virus. They have also been working non-stop, non-stop for days and days. What happens when the drs, nurses and medical staff are simply not able to care for the patients, when they are not there? And finally for those who say that this is just something that happens to old people, starting yesterday the hospitals are reporting that younger and younger patients – 40, 45, 18, are coming in for treatment. You have a chance to make a difference and stop the spread in your country. Push for the entire office to work at home today, cancel birthday parties, and other gatherings, stay home as much as you can. If you have a fever, any fever, stay home. Push for school closures, now. Anything you can do to stop the spread, because it is spreading in your communities — there is a two week incubation period — and if you do these things now you can buy your medical system time. And for those who say it is not possible to close the schools, and do all these other things, locking down Italy was beyond anyone’s imagination a week ago. Soon you will not have a choice, so do what you can now”.

Now new debate started between scientist that how is main city from which is spread around the world.

Corona is till Spread near about 162 countries with 186,678 cases around world.

The Happiness and satisfaction for whole world is about its recoveries which are 80,836.

The Chart of Total Cases, Death and recovery is pasted below. This chart is updated till today.

Here is another graph which shows more case statistics and more death statistics. 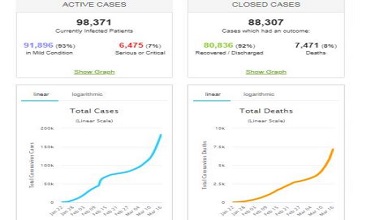 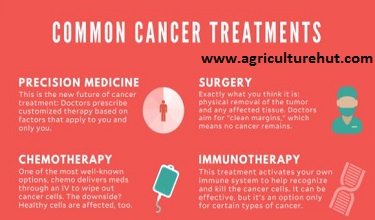 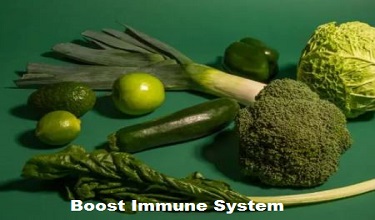